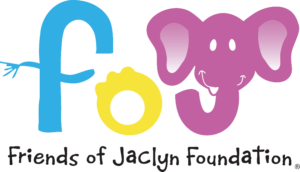 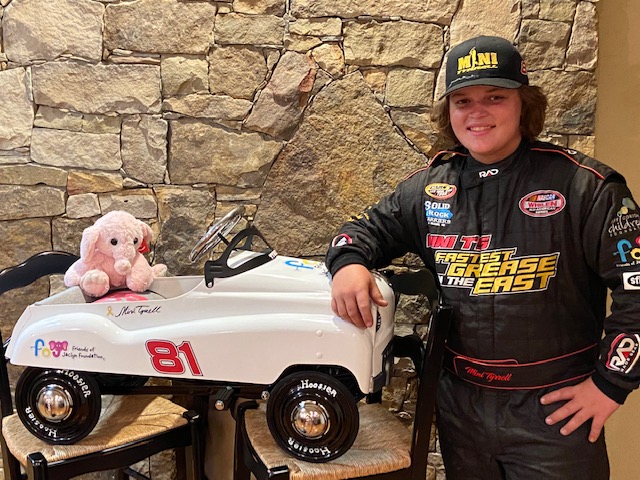 Here's your chance to win a one-of-a-kind pedal car designed by Tim May in the style of Mini Tyrrell's #81 Late Model that he drives on the CARS Tour. In addition to the pedal car, there are several other prizes that are sure to be coveted!

By entering the raffle, you'll be making a much needed difference in the lives of children battling cancer through the Friends of Jaclyn Foundation.

* Raffle prize winners were drawn by Mini on September 12 at Carteret County Speedway on Facebook Live.
WATCH THE DRAWING.
* FREE shipping to U.S. addresses. Note: The raffle is not open to addresses outside the United States.

2. -Prize #2 - Won by Eric Kurzhals #223
* Personal phone call with Mini. Chat with Mini about his racing career, favorite on-track moments, and Mini's Mission which has raised more than $475,000 for pediatric cancer research and quality of life services.
* Autographed hero card from Mini.

QUESTIONS: For questions about the raffle, please email Tina or Larry.

THE REASON
The Friends of Jaclyn Foundation began when Jaclyn Murphy was diagnosed with a medulloblastoma, a malignant brain tumor. In 2005, her family created the Friends of Jaclyn Foundation to improve the quality of life for children battling pediatric brain tumors, allowing them to: Live in the Moment…Play in the Moment. Today, Friends of Jaclyn has helped over 850 families with brain tumors and other childhood cancers. Jaclyn's wish is to help every sick child find a team and/or athlete to show them love, support and friendship. Last year, Mini's race team adopted 10-year-old Ethan who is battling leukemia.