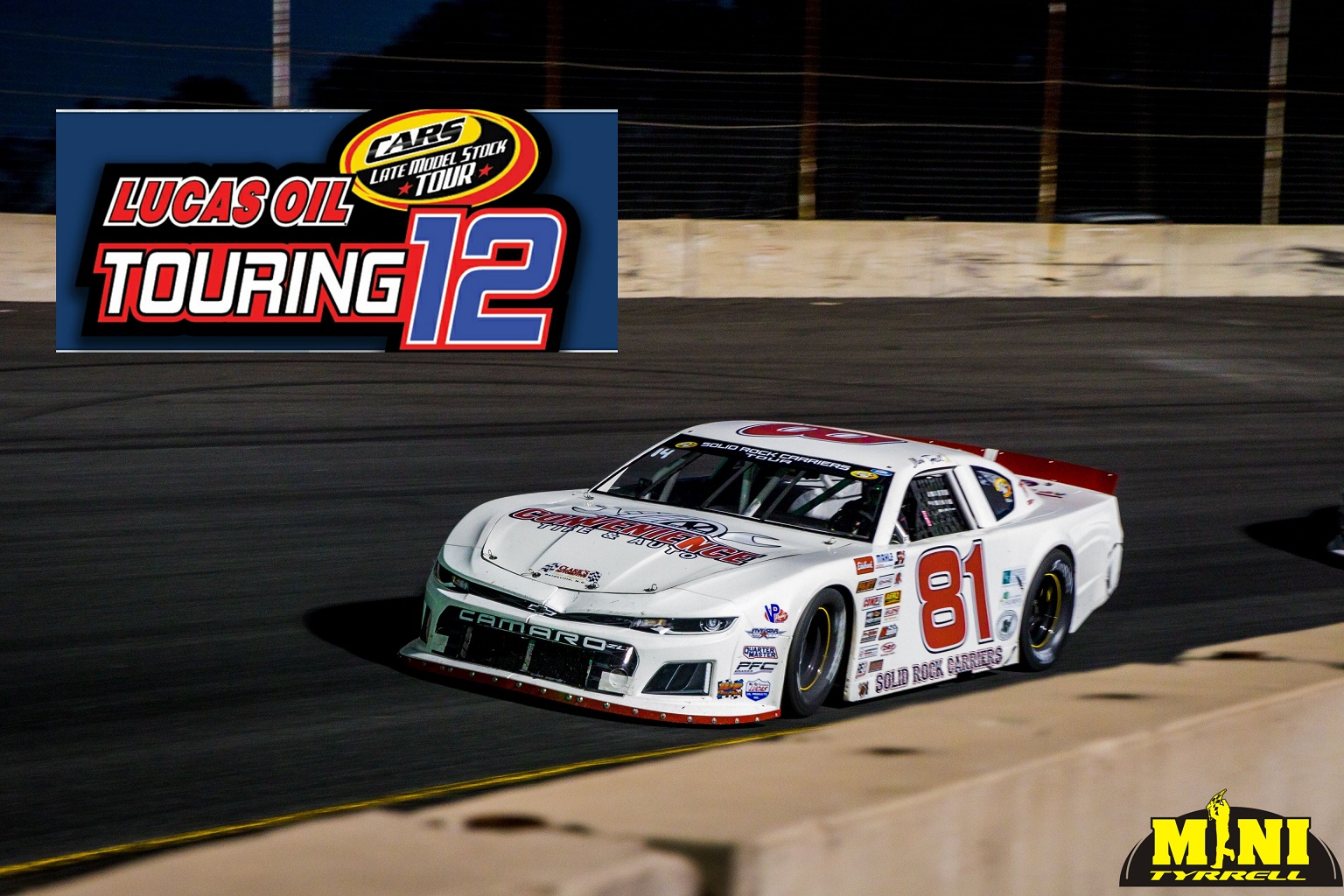 MANASSAS, Va. -- For the third consecutive year, Mini Tyrrell has been selected by the Solid Rock Carriers CARS Tour to be part of its Lucas Oil Touring 12 incentive-based program. The driver of the #81 Mini T's Fastest Grease in the East Late Model is entering his third season on the highly competitive Late Model series, which will race in Virginia, North Carolina, and South Carolina this year.

The Lucas Oil Touring 12 program, which is now in its fourth year, is designed to reward Late Model teams who commit to running a full season with the series through coordinated events, meet and greets, and social media. "Being selected for the Lucas Oil Touring 12 for the third consecutive year means a lot to myself and my team," said Mini. "It gives us great confidence that CARS Tour owner Jack McNelly and the CARS Tour staff believes that I have the skill to compete with the elite 12 drivers on the CARS Tour."

Mini, 16, captured the TORP Chassis Rookie of the Year Award in 2019. He followed that up with 3 top-4 finishes in 2020, including his first CARS Tour pole position.

The 2021 Solid Rock Carriers CARS Tour season begins on March 6 at Dillon Motor Speedway in South Carolina. Mini will compete in all 14 Late Model events this season. "I can't wait for an exciting 2021 season and look forward to representing the CARS Tour on and off the track," Mini said.

Mini has been racing full-size late models since he was 9 years old. Off the track, he has raised more than $475,000 for childhood cancer and other causes through his Mini's Mission fundraising program. Mini has 16 late model wins at Shenandoah Speedway in Virginia, and was the track's 2016 and 2017 Late Model track champion.