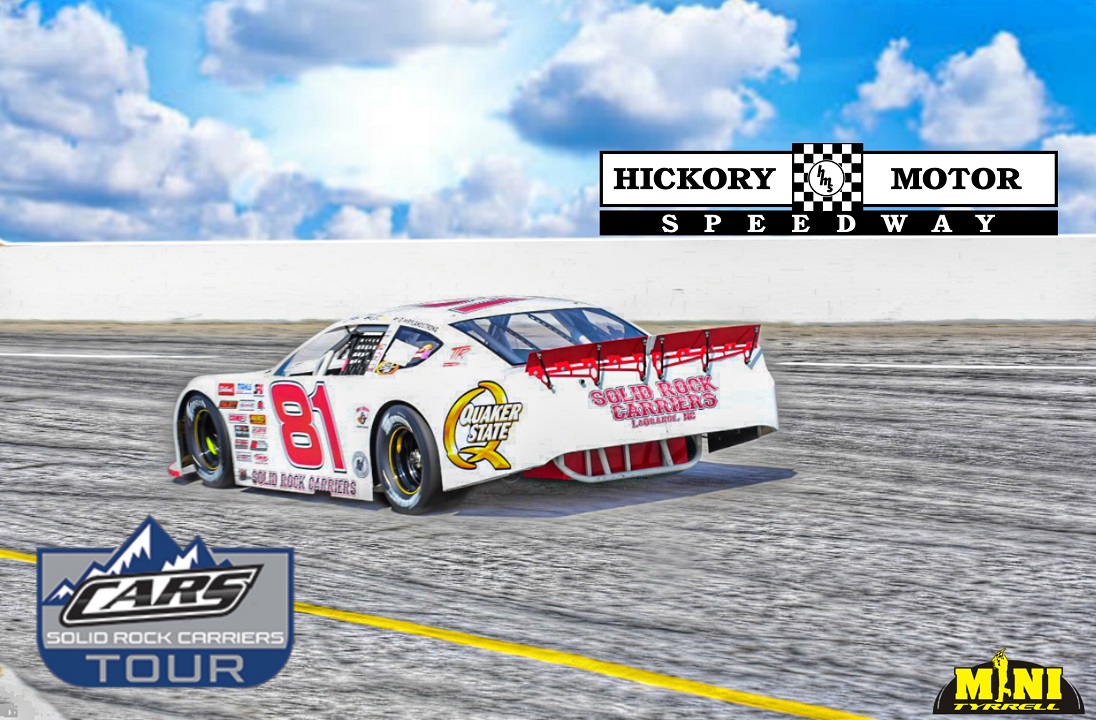 In motorsports lore, Hickory Motor Speedway is the equivalent of the famous Bluebird Cafe in Nashville. But instead of neophyte singers trying to make their mark with a guitar, the common instrument of choice for burgeoning talent at Hickory is a 3,100 lb. Late Model stock car.

After a disappointing finish to open the CARS Tour season, Mini Tyrrell and the #81 Mini T's Fastest Grease In The East team head to North Carolina's short track Pantheon on March 20 in search of redemption and buoyed by memories from last summer.

"I can't wait to return to Hickory," Mini said. "We had a great run last year in August with the pole and a strong third place finish. I'm hoping to get a win there this year."

Mini finished 17th in the season-opening race after early race damage and suspension issues. "We had some bad luck at Dillon Motor Speedway, but we've moved on," he said. "We're focused on a turnaround at Hickory."

Hickory Motor Speedway opened as a half-mile dirt track in 1951 before being reconfigured in 1970 to its current .363-mile bullring. Racing legends such as Junior Johnson, Tim Flock, and Ned Jarrett built the foundation on which the historic track still stands.

Hickory presents the same trials to today's drivers as it did when Richard Petty and David Pearson battled on the most famous piece of real estate in the Catawba Valley. "What makes Hickory challenging is the banking in turns 1 and 2, as well as the abrasive surface that's hard on tires," Mini said.

Mini will be making his fifth career CARS Tour start at Hickory, which is his most starts of any track on the CARS Tour schedule.

PAINT SCHEME:
The #81 Mini T's Fastest Grease In The East Late Model will be decked in a base white with red numbers at Hickory Motor Speedway.

HISTORY LESSONS:
After mid-pack qualifying efforts and finishes of 12th and 24th at Hickory during his rookie season in 2019, Mini and the #81 team took strides toward success last year. Mini qualified 5th last June, and backed that up with his first career CARS Tour pole position in August. On a humid summer night, he finished a strong third behind race winner Bobby McCarty and Jared Fryar. It was Mini's first trip to post-race technical inspection on the CARS Tour as one of the top-3 finishers.

THANK YOU TO OUR PARTNERS:
Mini and the #81 team are thankful for support from Convenience Tire and Auto, Quaker State, Solid Rock Carriers, Absolutely Amish Structures, BDL Motorsports, and Friends of Jaclyn Foundation. Thank you Rayvon Clark/Clark's Automotive Race Engines and Hedgecock Racing Enterprises for your support.