Thank you to our partners: Quaker State, Convenience Tire and Auto, Solid Rock Carriers, Absolutely Amish Structures, Weber Rector Commercial Real Estate, and BDL Motorsports.
* Be sure to 'Like' my Facebook page. Thank you. -- Mini 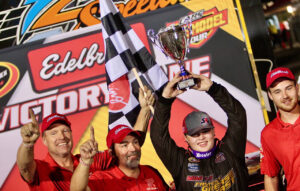 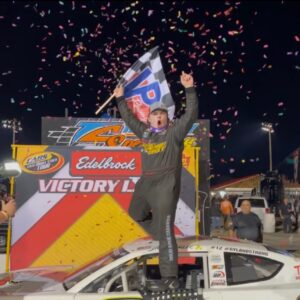 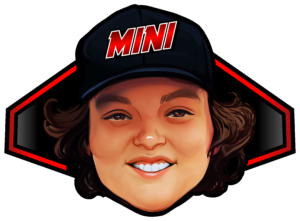 Mini Tyrrell Breaks Through for First CARS Tour Win at Tri-County [Article]
“I’m speechless,” Mini said. “I’ve waited long enough to win one of these races. We needed a great car and I think we had the best car here. The high line tonight was untouchable and this is truly an amazing feeling.”

Reversal Of Fortune [Motor Mile Recap]
After three consecutive top-6 finishes on the CARS Tour, the #81 Quaker State team came to Motor Mile Speedway in Radford, Va., hoping to continue their summer hot streak. However, a crash just seconds after the green flag waved resulted in immediate disappointment and a 19th place finish.

Homecoming [Hickory Recap]
The Quaker State team honored the late Ricky Hendrick and his #7 Late Model team from 1997-1999 with a Throwback paint scheme similar to the one that Ricky drove to four victories at Concord Motorsports Park. Eight members of Ricky's 1998 team were in attendance as the Quaker State team posted a solid 4th place finish.

SE7EN [Hickory Preview]
It is an honor to pay tribute to the late Ricky Hendrick as part of the CARS Tour Throwback 276 at Hickory Motor Speedway on July 31. The familiar red and white #81 Late Model will become the #7 Quaker State Chevrolet in the same style that Ricky drove to 4 victories at Concord Speedway in 1998-1999.

The Ties That Bind [South Boston Preview]
For the first time since 2018, Timmy Tyrrell Racing will participate in a Late Model event outside of the CARS Tour. The team opted to enter the Thunder Road Harley-Davidson 200 at South Boston Speedway on July 3 for a chance at the $10,000 winner's purse, as well as valuable experience for the driver.

Homemade Music [ Dominion Recap]
The event at Dominion Raceway in Thornburg, Va. was on the driver's radar for months as a possible breakthrough night. Although the Radley Chevrolet 125 didn't end in the manner the driver most preferred, it was another solid effort with his second consecutive 6th place finish on the CARS Tour.

Anchor To Windward [Dominion Preview]
For Mini Tyrrell and the #81 Mini T's Fastest Grease In The East team, the annual visit to Dominion Raceway is vastly different from the other races on the CARS Tour. For starters, it's the closest track to home and provides a symbolic anchor for the driver and the race team. And, naturally, it's a place where many familiar faces line the grandstand and the suites.

Redemption Song [Langley Recap]
The burgeoning dominance of R&S Race Cars on the CARS Tour this season necessitated a change in course. For the race at Langley Speedway, Mini opted to rent an R&S car from Justin Johnson's race shop. He turned in his best performance of the 2021 season with a 6th place finish.

Mini Teams With R&S Race Cars
Timmy Tyrrell Racing is pleased to announce that Mini Tyrrell will be driving an R&S Race Car in the CARS Tour race at Langley Speedway on Saturday, June 5. Thank you to Marcus Richmond, Stephen Dunn, and Justin Johnson and his race team for going the extra mile to ensure the #81 car is ready. 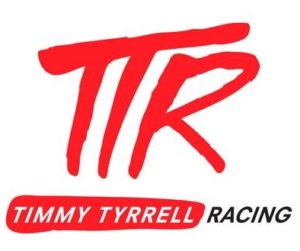 Photo of the Month

RACING FOR A REASON

Timmy Tyrrell Racing and driver Mini Tyrrell joined forces with the Friends of Jaclyn Foundation in 2019. Our mission is to improve the quality of life for children battling pediatric brain tumors and other childhood cancers. The program starts by adopting a child and making them an honorary pit crew member. But it's not just for one race. It's for as long as the child and family are in need of support.