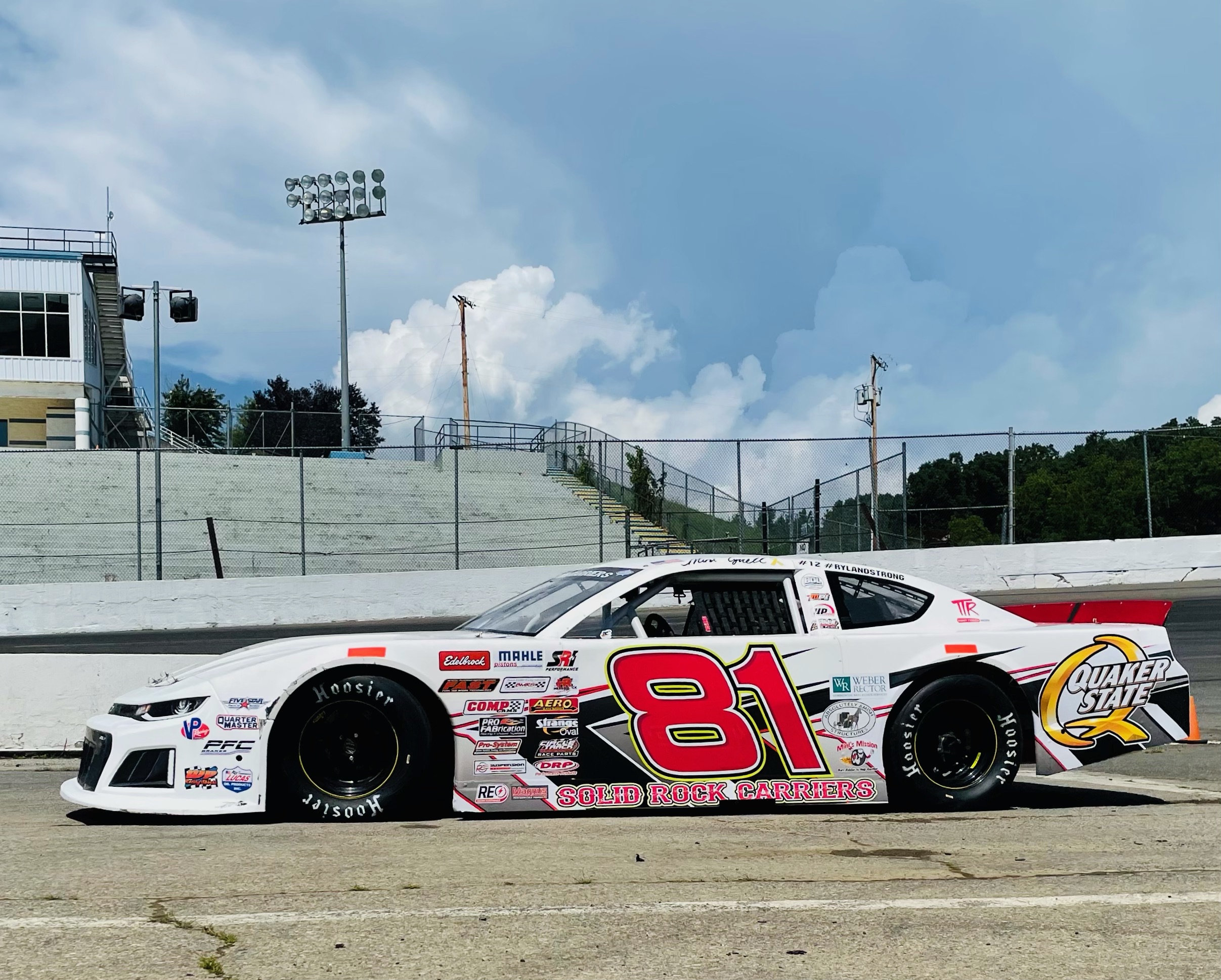 After three consecutive top-6 finishes on the CARS Tour, the #81 Quaker State team came to Motor Mile Speedway in Radford, Va., hoping to continue their summer hot streak. However, a crash just seconds after the green flag waved resulted in immediate disappointment and a 19th place finish.

The team debuted a slightly new livery on the #81 car when they unloaded for a day of practice at Motor Mile on Friday afternoon. Black, gray, and red racing stripes adorned the sides of the car. The familiar red #81 was outlined with a touch of yellow. Although it certainly looked like a rocket ship on pit road, the team struggled on top speed during Friday and Saturday's practice sessions.

The team qualified 17th on the grid, which was their lowest qualifying effort of the 2021 season. Nevertheless, crew chief Brandon Butler was confident in the long run ability of the car under the lights.

Regrettably, they never had a long run -- or even a short run. As CARS Tour flagman Brandon Willard waved the green flag, the inside line began stacking up as Jared Fryar in 7th place had a slow start. After drilling Joe Valento's Ford in the rear, Jonathan Findley then piled into the rear of the #81 car.

The chain reaction crash at the end of the frontstretch eliminated four cars from contention. The #81 Chevrolet, after sustaining heavy damage to the front and right rear, made its way in the reverse direction down pit road to the team hauler bringing the night to a premature conclusion.